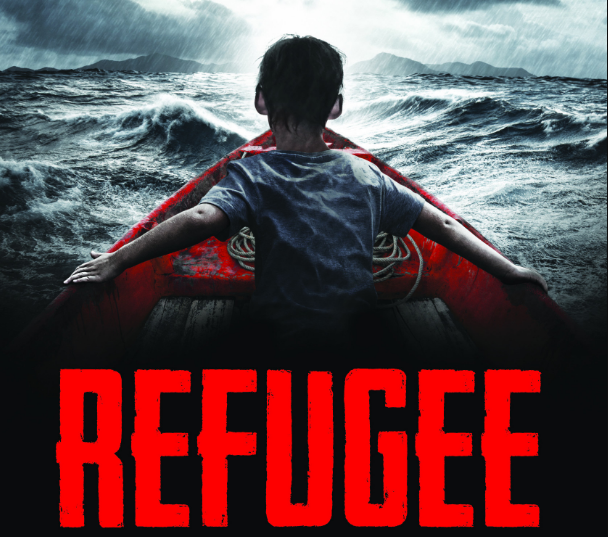 Alan Gratz’s novel, “Refugee,” is one of the most harrowing, depressing and uplifting stories I have ever read with a twist at the end that leaves me in tears.

From page one, Gratz pulls me in with action and suspense right away with Josef’s story.

Josef is a Jewish boy living in Nazi Germany, 1939. After Nazi’s take his father away to a concentration camp, they tell his family they must leave Germany as soon as possible.

The next chapter introduces Isabel, a Cuban girl living in Havana in 1994.

After food shortages following the fall of the Soviet Union, the Cuban president allows any Cubans who want to leave free passage.

Isabel’s family and her best friend Ivan’s family take advantage of this and leave Havana.

Mahmoud, a boy living in Aleppo, Syria in 2015, must leave with his family as the airstrikes reach his neighborhood and destroy their home.

Each character has his or her own shortcomings and background and growth, but two elements they all have in common are: hope in manana (tomorrow in Spanish) and a lesson in whether it’s better to be seen or invisible.

As the characters’ stories progress throughout the novel, Gratz writes the stories in such a way that has me begging for him to give the kids a break.

It’s a good wake-up call for me and those who read the novel. As all these terrible things happen to these young children-all only 13 years old-the reader wants to believe that they are only fictional problems.

They’re real experiences that kids during their respective time periods had to go through.

In my opinion, Josef’s story is the most heartbreaking as he leaves his home with hundreds of other Jews.

Gratz really tackles the sticky subject matter of mental health when depicting the trauma Josef’s dad endures after his return from the concentration camp.

It’s a difficult thing to read as a man’s mind deteriorates in front of his son, but Gratz writes it beautifully, making it almost possible to swallow.

As the story slowly ties itself together, Gratz does it so subtly I didn’t even know it was happening, but it made the whole novel make sense.And even more heartbreaking.

“Refugee” is definitely one worth reading. When reaching the end, Gratz includes a section about all the true facts in his fictional story, and it almost makes everything more depressing knowing that those struggles were real.

Finally, he includes a ‘What you can do’ section to round off the whole thing, informing the reader of what they can individually do to make a difference.