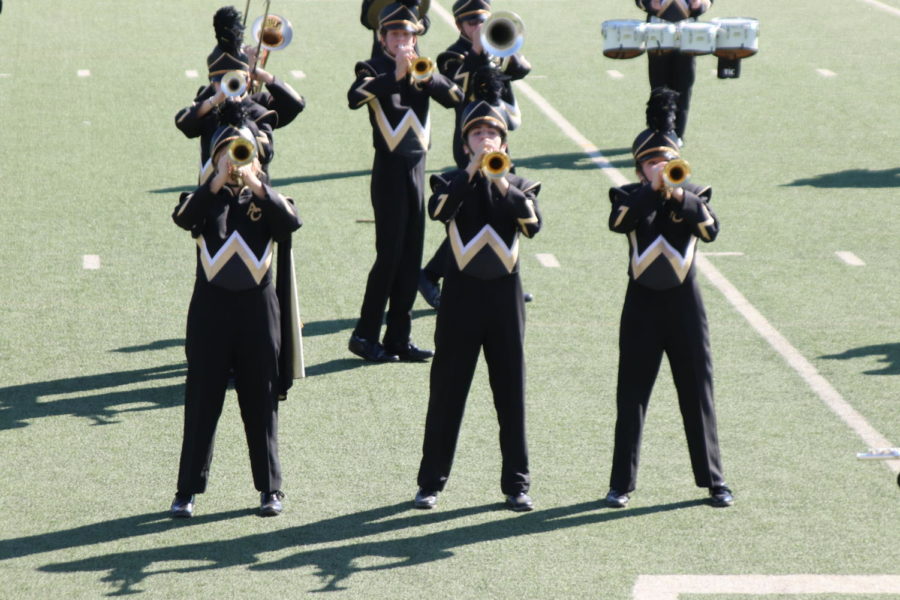 The Prowlin’ Growlin’ Wildcat Band received a three on their performance for the 2019 Region AA UIL competition Oct. 19 at Memorial Stadium.

“I’m disappointed in our rating,” band director Karen Brunker said. “I always want the best rating for my band, but I also feel that we got what we deserved.”

According to Mrs. Brunker, the band had a “rocky road” to competition.

“I feel that several students didn’t make the commitment needed and hurt the band as a whole,” she said. “They didn’t learn their music or their drill and we suffered for it.”

For being senior Sarah Newton’s last year in band, receiving a three was “bittersweet” and “upsetting.”

“It was kind of sad,” Newton said. “Being in band for four years and putting in all that effort only to have it not go our way my last year was not how I wanted it to turn out. I feel that some of the kids just didn’t try this year. It was hard to hear that three be announced.”

Junior drum major Jacob Wadley said that the three is not something he wants to repeat.

For some students, this competition was their first time participating in a district marching competition. According to freshman Abby Esquibel, the moment was both exciting and sad.

“I was sad about receiving a three,” she said, “but I’m also glad for this experience. It really felt like I was a part of something and I know that because of that I’m going to stay in band. I know we can do better and I want to play my part in that.”

Despite all the shortcomings, Mrs. Brunker is “optimistic” that they will not earn that rating next year.

“I’m hoping to start way earlier next year, maybe even in the spring of this year,” Mrs. Brunker said. “We’ll get music passed out and drill learned sooner, giving us more time to just clean. I’m going to really hold students accountable for their responsibilities and will give more tests. I’m hopeful that next year will be better.”