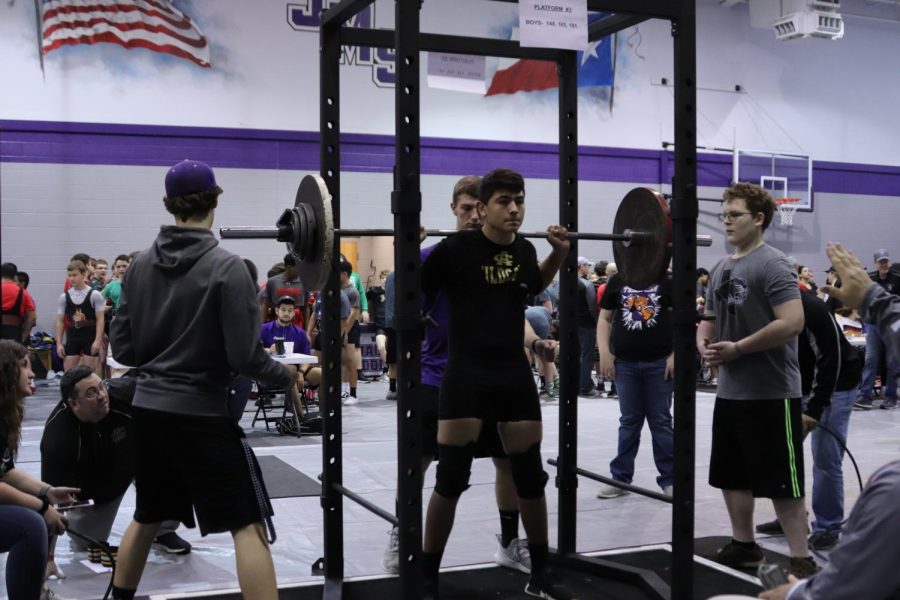 Freshman Christopher Allen prepares to squat during the meet.

The powerlifting team had their second meet last Saturday in Archer City.

Lopez said she feels good about the upcoming season.

Powerlifting coach Tim Pope said that he has high expectations for the lifters and that they are committed to being the best they can be.

Sophomore Chase Stafford said he hopes to make it to state this year.

“I’m not going to put as much weight as I should be doing,” Stafford said. “I don’t want to get hurt again.”

Coach Pope said that first time lifters Thomas and Allen did well for their first meet.

“They all did great for the first meet because generally the first meet is usually rough,” Coach Pope said. “I expect them to reap the rewards of their hard work.”

“You have to put a lot of time into it,” Allen said. “I am not nervous because I don’t really have high expectations.