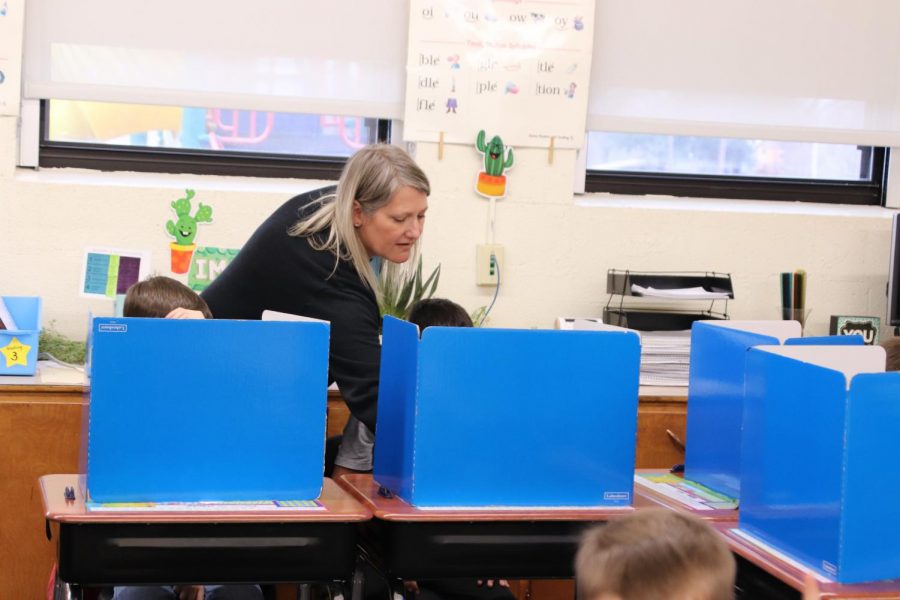 A teacher’s job is to teach their students everything they need to know throughout the year which requires them to know their curriculum inside and out. Transitioning from teaching first grade to second grade, Mrs. Jennifer Herring had to learn an entirely new curriculum to ensure that her students gain all the knowledge they will need for third grade.

“I’m really enjoying it,” Mrs. Herring said, “and since I know what is in the first grade curriculum, I have the advantage of building on what they know from last year and connecting it more than I could without that.”

Mrs. Herring has some of the same kids in her class that she did last year which has advantages.

“I have five kids in my class this year that I had last year, so it actually made my job easier because the kids I had last year kind of told the new ones what I expect from them and how I run the classroom,” Mrs. Herring said.

She said she has really enjoyed watching her students grow and learn from first grade to second grade.“We can have so many more conversations that make them think a little more than we could in first grade,” she said.

Returning student Kooper Keeter said she has enjoyed being in her class again.

“Mrs. Herring is super fun, and she likes to turn everything into a game,” Keeter said.

Mrs. Herring said she tries to teach creatively to keep students interested and having fun.

“She’s the best teacher in the world,” second grader Khylie-Jo Thurlkill said. “We do math, science and reading around the room.”

Mrs. Herring said it isn’t as hard to switch from teaching first grade to second grade as she thought it would.

“It’s really not a big jump from teaching first grade to second grade,” she said. “Cursive writing and preparing the kids for the STAAR test are really the only new things introduced from the transition  from first to second grade.”

“I am so excited to have Mrs. Herring again this year,” Miller said.