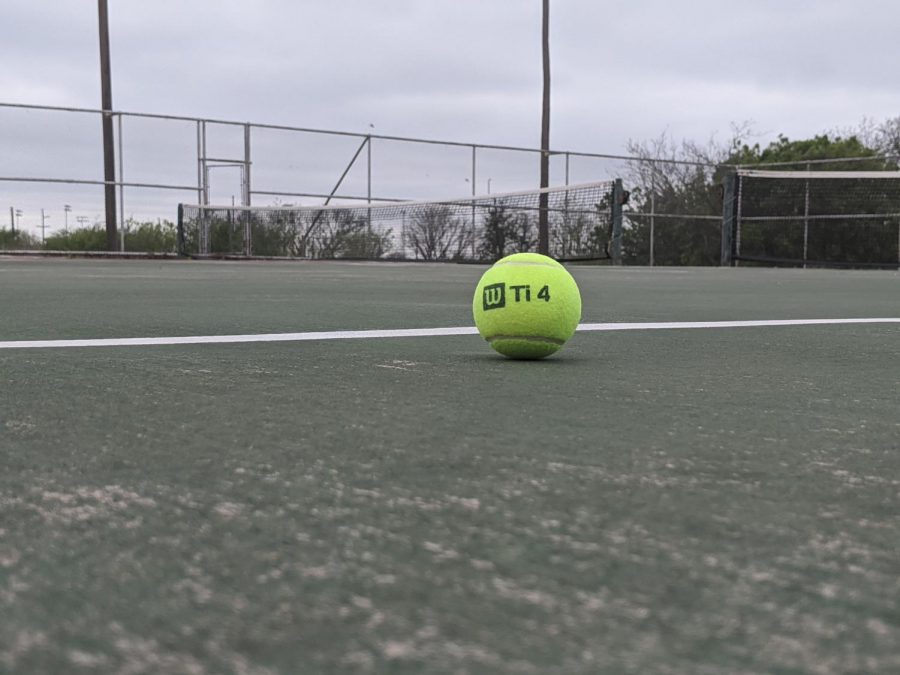 The tennis season started out like any other. Tennis players were practicing as much as their school schedule allowed. Freshmen were rushing to learn the rules and mastering their serves before their first tournaments.

Suddenly, all of this came to a close when UIL announced that all UIL games and contests were postponed to May 4, due to the COVID-19 pandemic.

Students like sophomore Seth Deerinwater have taken advantage of his break from school.

“I practice three times a week by myself, using the wall at the tennis court to practice serves and defense,” Deerinwater said.

Tennis coach Haley Owen previous goals showed that she had great trust in her team that they would go much farther than district.

“I would like to take another large group to regionals,” Owen said. “I also want to get Breanna back to state for her senior year.”

Senior and state-veteran Breanna Howard wants to keep her record for making it to state.

“This season, I was really hoping to make it to state for the third time.” Howard said. “I was wanting to make it past the first round to earn a medal.”

She now has more time to prepare for this goal.

“ I have been focusing on my consistency and second serve.” Howard said. “I am practicing at the country club group lesson, going to Vernon to practice with their high school team, taking lessons on Sundays with an MSU player, and then playing in challenger when I have the time!”

The JV and varsity tennis teams attended few tournaments before this pandemic shook up the UIL game dates.

For freshman Sara Schroeder, her first year of tennis has been uncertain to say the least, giving her more time to practice.

“I was kind of nervous, because I hadn’t practiced as much as I should,” Schroeder said. “I’m trying to practice whenever I can during this time on weaknesses like returning and serving.”

All of this practice will come to play whenever the tennis season hopefully starts again.