Phineas and Ferb return in “Candace Against the Universe” 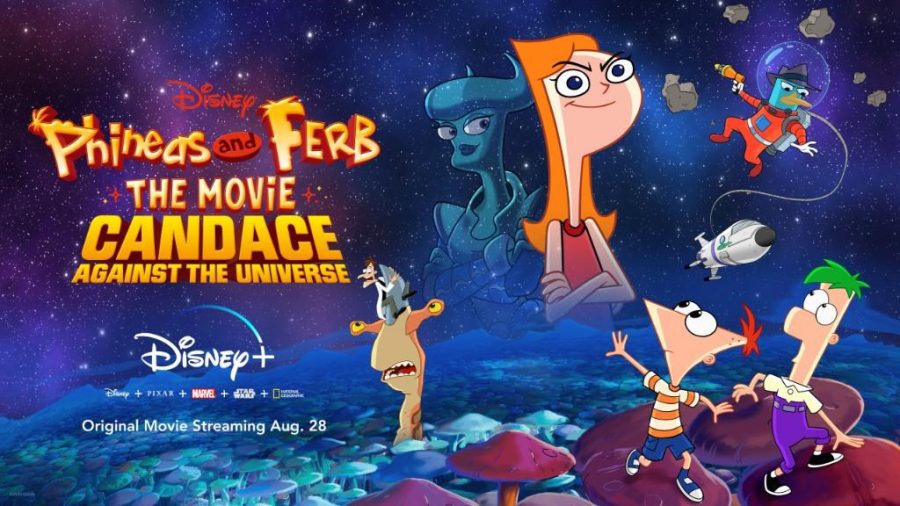 Five years after “Phineas and Ferb” aired its series finale, the two inventive brothers have returned for an all-new adventure centered around their obsessed sister Candace.
After failing once again to bust her brothers for one of their crazy inventions, Candace and her friend Vanessa, Dr. Doofenshmertz’s daughter, are abducted by a mysterious alien shuttle.
Candace feels that this is another example showing that the universe is working against her in everything she does. In contrast, Vanessa thinks that Candace busting her brothers is just a distraction from the fact that she feels depressed and bland compared to her brothers’ brilliance.
Phineas, Ferb, Buford, Isabella and Baljeet use a portal to get to the planet Feebla-Oot but end up in the Doofenshmertz Evil Inc. building.
Dr. Heinz Doofenshmertz also made a portal to get his daughter back, so now the group must use a spaceship to find the two girls and get them back to Earth.
Meanwhile, Vanessa has been able to flee the ship through an escape pod, but Candace is stuck there on the way to a mysterious alien planet.
When Candace arrives on Feebla-Oot, she suprised to find that the planet leader, oddly named “Super Super Big Doctor,” says that Candace is the chosen one to save their planet because she is the only known being to produce an element the planet needs called “remarkalonium.”
Candace will finally get what she’s always wanted: the feeling of being special.

All of the orginal cast has returned to voice their character for this revival of “Phineas and Ferb,” as well as some new guest voice actors like Ali Wong, Thomas Sanders, Tiffany Haddish and more.
The cast and crew actually hadn’t finished the movie when quarantine started. Luckily, animation was one of the few things that could be continued.
Even know most actors didn’t have access to the best enviroments for recording, I couldn’t tell the difference from the recordings done before the pandemic.
Like the show, this movie also had memorable songs galore.
Some fans might compare the beginning of the movie to the “Queen of Mars” episode, but I disagree due to later events in the movie.
“Phineas and Ferb: Candace Against the Universe” has successfully revived the show, introduced its brilliance to younger audiences and given Candace a spotlight instead of Phineas and Ferb. (The movie is only available on Disney+).